I don't have to see Jesus to know that he lives.

I hear him in my head. 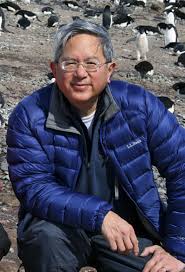 It will cost you only 10%!
THE BOOK OF ABRAHAM FACSIMILE NO. 3
Includes a startling new discovery!

I hear him in my head.

Is that gross or net income?
Dr CamNC4Me
"Dr. Peterson and his Callithumpian cabal of BYU idiots have been marginalized by their own inevitable irrelevancy defending a fraud."
Top

I suspect that is cousin Slappy in the background. Wonder if Elder Gong met with much missionary success on that trip?
Cry Heaven and let loose the Penguins of Peace
Top

Shulem, seek thee thy FAIRMormon Conference 2020 cyber edition when thou canst listen to the Helen Mar Kimball’s Polygamy Story after which shall be the Private Bishop Interviews as Protective Factor: Why LDS Teens Benefit From a Few Moments Alone With Their Bishop. Moisture shall follow.
Cry Heaven and let loose the Penguins of Peace
Top

Gerrit W. Gong -- Facebook wrote:Latter-day restoration begins with theophany—the literal appearance of God the Father and His Son, Jesus Christ, to the young prophet Joseph Smith. Said the Prophet Joseph, "Could you gaze into heaven five minutes, you would know more than you would by reading all that ever was written on the subject" ("Teachings of Presidents of the Church: Joseph Smith," 419).

Elder Gong states that the the restoration began with the literal First Vision given to Joseph Smith. Well guess what, Gong? That is also where the restoration ENDS because nobody has seen Jesus or his Father since the sacred grove. Not even YOU! You have not seen Jesus or gazed into heaven so you remain an IGNORANT apostle who pretends to be a special witness when you're really just a faker like the rest of the apostles of Mormonism. The restoration died with Joseph Smith who was the beginning and the ending of the restoration.

The restoration in seeing God and Jesus died with Joseph Smith.
THE BOOK OF ABRAHAM FACSIMILE NO. 3
Includes a startling new discovery!

7th Article of Faith wrote:We believe in the gift of tongues, prophecy, revelation, visions, healing, interpretation of tongues, and so forth.

So, Gong -- have you had a vision since being an ordained apostle? Haven't you had your glorious vision of Jesus Christ, yet? Have you spoken to him face to face and felt his hands and feet?

The title of this series is how church leaders hear Jesus.

But all I can hear them saying is how they don't hear Jesus.

Or see him for that matter.
You prove yourself of the devil and anti-mormon every word you utter, because only the devil perverts facts to make their case.--ldsfaqs (6-24-13)
Top

But all I can hear them saying is how they don't hear Jesus.

Or see him for that matter.

You are, of course, exactly right. This series is about explaining all the ways Apostles connect with Jesus EXCEPT for actually hearing Him (Or seeing Him). But I guess the more accurate hashtag of #FeelHim might be tantamount to an explicit admission that none of them have “seen” or “heard” Jesus in any of the ways normal people would understand those words. Could the tag line “Hear Him” be deemed a lie, in that it deliberately seeks to mislead people into believing something that isn’t accurate?
Top

You're right consiglieri and I have a question.

Now, in this we see that Mormon apostles do make excellent apologists in areas that aren't technical such as matters involving the Book of Mormon or Book of Abraham or a host of other controversial problems about the Church. BUT, the apostles are well trained when it comes to talking about their so-called relationships with God and they are very prepared in defending the gospel when it comes to authority and ability to carry on the Lord's work. Apologetic Apostleship is in a class by itself!

Take for example how regular apologists, such as dodo professors at BYU attempt to change the meaning of translation when it comes to the Book of Abraham or what a horse is in the Book of Mormon. compare that to Apologetic Apostles who try to change the meaning of "hear" or "see" by taking the literal component away and making it all wishy-washy spiritual nonsense that nobody can prove or disprove.

One thing we gain for sure from the Apologetic Apostles is that none of them actually "hear" or "see" Jesus in the literal sense but their so-called witnesses are based purely on contrived fantasy of their own making. They have tipped their hands and reveal that they are just as much in the dark as are the members of the Church at large. The witness of Jesus Christ coming from the Mormon apostles is bunk -- nothing more than false testimony that has no comparison to the apostles of the bible. Mormon apostles are deceiving their followers with counterfeit claims of "hearing" Jesus. They DON'T actually hear Jesus! They pretend that Jesus is speaking in their thoughts and doing so because they hold a special office passed down from previous apostles who claimed the same sort of nonsense.
THE BOOK OF ABRAHAM FACSIMILE NO. 3
Includes a startling new discovery!