On April 5, during the final session of the faith’s General Conference, church President Russell M. Nelson stunned believers with the news that among its new temples would be one in China.

Nelson, who has long-standing ties to Shanghai, was careful in how he described the holy space to be established there.

“In Shanghai, a modest, multipurpose meeting place will provide a way for Chinese members to continue to participate in ordinances of the temple … for them and their ancestors,” Nelson told his global audience. It was prompted in part by the closure of the Hong Kong Temple for renovation.

He noted the church’s legal status in mainland China “remains unchanged” — it is not legally recognized — and it will not send missionaries to that country.

“In an initial phase of facility use, entry will be by appointment only,” he said. “The Shanghai Temple will not be a temple for tourists from other countries.”

However, it seems Mr Nelson hadn’t thought to check with the Chinese authorities...


Within days of Nelson’s remarks, though, the Shanghai Municipal Ethnic and Religious Affairs Bureau said twice on its website it knew nothing about a “Mormon temple” being built in the city of more than 24 million people.

In response to a question posed on Weibo (China’s Twitter), the bureau first wrote, “foreigners are not allowed to establish religious organizations or areas of religious activity within China’s borders” and “the news that the American Mormon Church announced that it is building a temple came only from the American side.”

Later, the Shanghai organization repeated the statement about foreigners, insisting it “knew nothing about [the American Mormon Church … building a so-called ‘temple’ in Shanghai].”

This second statement added, “wishful thinking, not based in reality,” according to an independent translation.

As of Tuesday afternoon, though, the Shanghai Temple is the only recently announced one not mentioned on the church’s official online tally of established or planned temples.

Shanghai?! Oops,... President Nelson meant to say Shangri-La, and by that, he meant Tooele, Utah. Sorry for the mixup.
-- The Newsroom on Temple Square

Tricky situation, as Nelson needs to be careful to avoid Mormons becoming the next Uyghurs.


In every country, this Church teaches its members to honor, obey and sustain the law. We teach the importance of the family, of being good parents, and exemplary citizens. Because we respect the laws and regulations of the People’s Republic of China, the Church does not send proselyting missionaries there; nor will we do so now.

Salt Lake Tribune wrote:As of Tuesday afternoon, though, the Shanghai Temple is the only recently announced one not mentioned on the church’s official online tally of established or planned temples.

It's a case of now you see it and now you don't. The American Mormon Church is not going to be permitted to build a Cult Temple in mainland China. The Mormon prophet has been misled by his Holy Spook and the whole church was told a falsehood.

Church Spokeman" wrote:The church deeply appreciates the courtesy of the Chinese leadership in opening up a way to better define how the church and its members can proceed with daily activities, all in harmony with Chinese law


How will Chinese officials react when they learn that the Law of Consecration mandates temple goers to consecrate themselves, their time, talents and everything with which Mormon Man-god has blessed them, or with which he may bless them, to the Church of Jesus Christ of Latter-day Saints American Mormon Church, for the building up of the Kingdom of God on the earth and for the establishment of Zion?

How does this honor and sustain the laws of China?

Chinese people who go to the Mormon Temple that is governed by the American Mormons serves to threaten Chinese sovereignty in which Mormons in China place their highest trust and devotion to business men who run the American Mormon Church over that of the government of the People's Republic of China?

I smell a rat. The Mormon church IS the rat!

KEEP Mormonism OUT OF CHINA!
Top

The Mormons want to take their rotten scriptures to the ends of the earth. They even want to take the Book of Abraham to China. But the Chinese are an honorable people with very strict law indeed. How will the Chinese feel when they learn about the false translation of the Facsimiles and the slams made against the ancient Egyptian religion?

Will China ever allow the sacrilegious blasphemy of the Explanations of the Book of Abraham Facsimiles to pollute their land? I should think not.

The Book of Abraham is a lie.

KEEP Mormonism OUT OF CHINA!
Top

Mormonism is an enemy to Chinese tradition and religion. I can prove it by quoting parts of the dedicatory prayer offered by David O McKay when he was in China some 99 years ago in a vain attempt to open the gospel up to the preaching of Mormonism:


Dedicatory Prayer of China by David O' McKay
(Beijing, China - In a small grove in the Forbidden City)
January 9, 1921

Apostle David O' McKay wrote:In this land there are millions who know not thee nor thy work, who are bound by fetters of superstition and false doctrine, and who have never been given the opportunity even of hearing the true message of their Redeemer

Here we see firsthand that the leadership of the American Mormon Church ascribes the religious doctrines and beliefs of the Chinese people to be a bondage to superstition and false doctrine because they don't have Mormon Jesus and his Man-god Father to set them straight. This should be a warning to all of CHINA that the Mormons want to sweep their religion under the rug and take over.


Apostle David O' McKay wrote:Countless millions have died in ignorance of thy plan of life and salvation.

The countless millions of Chinese have died in ignorance because they never got to bow the knee to Mormon Man-god and submit themselves to the Leadership of the American Mormon Church. What a slam. Anyway, McKay's request to Mormon Man-god pretty much fell on deaf ears and the Mormons failed to take their perverted brand of Christianity into China and attempt to convert citizens there to devote and pledge their lives to follow the leaders of an American cult.

KEEP Mormonism OUT OF CHINA!

Mormonism is an evil cult.

It's a perverted brand of Christianity that requires its members to obey the American Mormon leaders at all cost.
Top

Shanghai?! Oops,... President Nelson meant to say Shangri-La, and by that, he meant Tooele, Utah. Sorry for the mixup.
-- The Newsroom on Temple Square

So your conjecture is that this misunderstanding arose from Sheri Dew and Wendy Nelson serving President Nelson a chow mein casserole before a round of late-night prophesying, rather than a reneging on a firm agreement between The Saints and the CCP?
Top 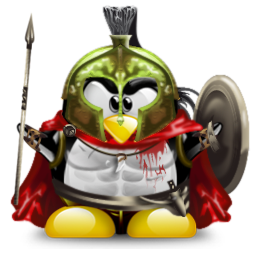 Okay, Mok, you are officially assigned to guard China and keep the Mormons out!
Top

Three thoughts 1) Wuhan city just opened real estate previously used as "wet " market; 2) change in announcement in the fine print-"church will build a small temple(chinese food in cafeteria) in Chinatown/ San Francisco 3) anyone for a mini temple on temple square during 4 year SL temple renovation- temple will be made of the finest tent materials available and it will have gold spikes to hold it down during earthquates. It can also be folded up to fit into an Suv if the prophet needs to get out of town in a hurry !

THE CHURCH OF Jesus Christ OF LATTER-DAY SAINTS IN CHINA


Over the years, the Church has built a strong relationship of trust with the People’s Republic of China by always respecting the laws and traditions of that country.

It all started with David O'McKay's dedicatory blessing on the land in which he designates the people as bound by "fetters of superstition and false doctrine"! How can the American Mormon Church have a "strong relationship of trust" with the Chinese government when they aren't a recognized religion that is permitted to publicly practice religion in China? The fact that the Church is not a formerly recognized religion in China indicates just the opposite of what the church claims in having a strong relationship of trust with the PRC. The Church is spouting ____ on their faith producing website. More Mormon nonsense -- exaggeration and false statements. When will the Church ever stop lying? The answer is: Never.
Top

President NelSatan leads the Mormons astray with his false idea that a temple is going to be built in China under his Presidency.

President NelSatan really is on his last leg. At age 95 the actuarial life table gives him another 2 or 3 years at best. With 42 41 announced temples on the announcement list alone means that he probably won't see any of them actually built and dedicated. They are simply wishlist temples for a dreamy eyed Mormon profit. Oaks is 87 years old and has maybe 5 years left. He could drop at any moment. Right now there are 15 temples under construction and 7 are being renovated so that is enough to keep dear old NelSatan busy. In the meantime he can dream of his mansions temples above.

Please note that the CHINA temple is NOT on the official temple announcement list. Was it removed? Wow. It just goes to show when the Lord speaks the thinking is not done.
Top

Because we respect the laws and regulations of the People’s Republic of China, the Church does not send proselyting missionaries there; nor will we do so now.

I suppose President Nelson is lucky that the actual church of Jesus Christ is less respectful of abusive, authoritarian governments when it comes to preaching God's truth. Otherwise the Mormon church would have no one to poach from once Christians have established a base in a dangerous country and gotten Judeo-Christian religion legalized.
Top

There should be a protocol - no announcement of a temple unless a site has been found and permissions granted. Otherwise it’s just a wish list.
Top 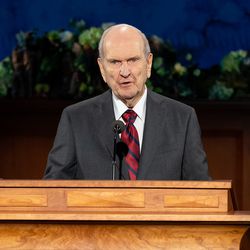 When plans are announced to erect a new temple, it becomes part of our sacred history.

More than a century ago, President Wilford Woodruff foresaw conditions such as ours today, as recorded in his dedicatory prayer of the Salt Lake Temple, given in 1893.

(The part NelSatan did not quote) 'Restore them we pray Thee, to Thine ancient favor, fulfill in their completeness the promises given to their fathers, and make of them a white and delightsome race, a loved and holy people as in former days.'

Context for the plan for Shanghai is very important.

In Shanghai, a modest multipurpose meeting place will provide a way for Chinese members . . . .

Temples are a crowning part of the Restoration of the fulness of the gospel of Jesus Christ.

As the Restoration continues, I know that God will continue to reveal many great and important things pertaining to His kingdom here on earth.


NelSatan through his imaginary God and Holy Ghost the Spook made "PLANS" to build a temple in Shanghai. These are to be interpreted as the Plans of God and not man. After all, it is God who reveals his secrets to his servants the prophets (Amos 3:7). NelSatan said himself that "God will continue to reveal" things pertaining to the restoration of the gospel and that includes a temple in China for 2020.